AquaTek Plumbing located in California has over 60 team members, including over 40 plumbers and 20 support staff. We are excited to introduce you to the leaders that make everything flow smoothly year after year.

Jim started out in the Plumbing Industry in the late 70’s learning from a Master Plumber. He learned all aspects of the Uniform Plumbing Codes and their applications and went on the serve positions such as Senior Service Technician, Project Manager, and Service Manager for various companies. In 1982, he became the Co-Founder and Operator of AquaTek Plumbing, Inc. Jim is an expert in property inspections, large project bids, consultation and expert witness deposition(s) and court appearance(s). He specializes in large complex repiping, tenant improvements, new construction, remodels, sample procurement and liability assessments. Outside of work, Jim enjoys his family, music, hunting, and he is a Harley Davidson Enthusiast.

Chris started out in plumbing at a family-owned business in the Tahoe Basin. There, Chris learned all aspects of plumbing and took that knowledge to the Silicon Valley in the late 1970’s. Chris worked for various companies in the Bay Area serving as a Service Technician, Journeyman Plumber and Service Manager. In 1982, he became the Co-Founder and Operator of AquaTek Plumbing, Inc. Chris specializes in service & repair, remodels, tenant improvements, and troubleshooting large complex issues. Chris is the proud father of three daughters and is a grandfather of four. He is a music and theatre sound technology enthusiast and he is an Instructor for motorcycle track racing.

Derrick began plumbing in the mid 1980’s. Derrick worked for various companies, specializing in New Construction plumbing until 1991, when he began working for AquaTek Plumbing, Inc. He began as a Repiper, became a Crew Lead, The Repipe Manager, and eventually became the General Manager for AquaTek. As General Manager, Derrick monitors large repipe projects and delegates load to repipe crew leads to ensure timely completion and smooth running jobs. He monitors Service Department functionality on a high level and provides guidance in crisis or problem situations. Derrick is a valued asset to AquaTek and is well-respected among employees, peers and customers. Outside of work, Derrick enjoys family, muscle and nostalgia cars and go-cart racing.

Steve began plumbing in 1970 in New York City, where he received his training at a Plumbing and Heating school. Thereafter, he began working for a family-owned business. When relocated to California, he attended USC and worked as a Journeyman Plumber, Service Manager, and Vice President for various Plumbing Contractors. He obtained his General Contractors license and ran his own Plumbing company for ten years. Steve holds many commendations for plumbing from respectable organizations such as The City of San Jose Historical Society and NASA. He joined our team as Service Manager in 2001. Steve regularly visits job sites and provides guidance to Service Plumbers, lending his expertise whenever needed. Steve bids large and small projects and is held in high esteem by customers and employees alike. Outside of work, Steve enjoys family, gardening, and is a Harley Davidson enthusiast. 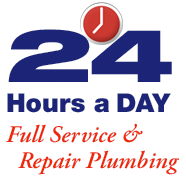